thing is i really like to write, but as they say life happens. so, i love to write headlines even more. the day i delivered, the same night when sleep would be impossible, and i was too excited and too tired to get any sleep, i was thinking of possible post headlines, announcing the start of my motherhood journey. of course the post never happened, few of the headlines were really clever and cool. i don't remember any.

i do remember how i felt though. but not everything is for the cloud. let's just say extraordinary doesn't even... :)

the boy will be three in 5 months, and i am aware my excuses are fast vanishing, the precious mommy card needs to be handled with utmost care and used infrequently. 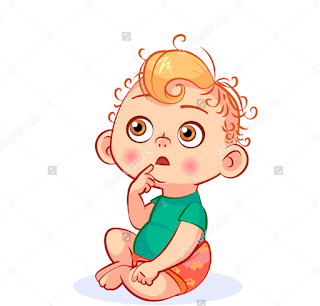 There’s a little corner in our house where the living room ends and the kitchen begins. Behind a wooden mantle of sorts, and a little away from where the refrigerator is. This is one of his favourite peekaboo spots.

He stood there, looking at me, tears rolling down his face. He walked away slowly, and grabbed the first toy he found lying.
We had just gotten back from his 18-month vaccinations, and he was pretend cooking with real pots and pans. And kicking the ball alternately, with the talking tom talking at his loudest. I turned off tom. He screamed. And then made a dash for the kitchen to pick up pots more than half his body weight. I wouldn’t allow that, could I. Then the baby did what babies do. He yelled and sat on the floor, yelled some more. Then a grownup did what grownups shouldn’t be doing. I screamed back and picked him up and got him out of the kitchen.

He quietly walked to his spot, not to peekaboo. He looked at me, sad, tears rolling down his eyes.

Hugs and kisses followed. So did tears and guilt.
Posted by ritika at Thursday, March 16, 2017 3 comments:

Why doesn't the toughest job in the world pay in currency? 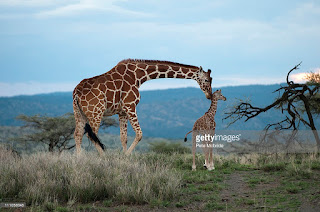 At around 1 o’clock this afternoon I was crying. With my 9-month-old son on my lap, hugging him, I cried as I watched Rachel get off the plane to be with Ross. And then I cried some more hugging him even harder as the door to Monica’s apartment closed one last time. It was Friends’ series finale, which I possibly was watching for the, I’m not sure, 14th time? I was crying hard now and my son, for a moment looked at me, worried and possibly sad. He did.

I am getting back to work this monday. A first monday in over 9 months.

He will be fine for those few hours that I will be away. With two extremely eager grandmothers taking turns to be with him, our house help who absolutely adores him and of course the father who is way more than just hands-on. He will be more than fine. I won’t. And I am not.

I worry if he will miss me. What if he doesn't? If he will be angry when I get back home. What if he stops doing those things that he only does with me. I am told 9 months is just about the right time. Old enough to need my constant attention but young enough to not understand my few hours' absence all that much. I am not too sure about that. I feel he gets it.

HE HAS MADE ME THAT HAPPY 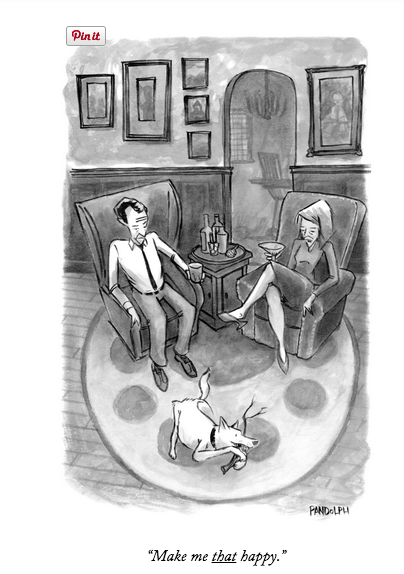 knock on the wood. etcetera. etcetera.
Posted by ritika at Tuesday, January 27, 2015 No comments:

WHAT SALLY SAYS ABOUT SUSIE, SAYS MORE ABOUT SALLY THAN SUSIE 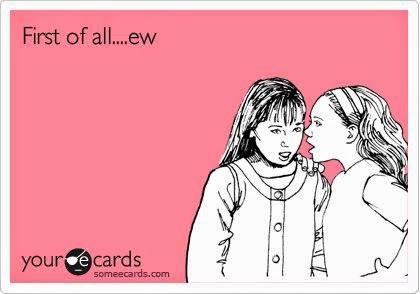 one of my BFFs (gosh. did i just say that?) and i haven't been speaking much over the phone. we live thousands of miles apart. i blamed this on our busy lives, on our separate lives, on the distance, and on something as profound (only to me) as perhaps every relationship comes with an expiry date.

she called me up a couple of days back, excitedly, she had discovered a college mate, we had long forgotten, on a social media site. she had left college without a word,  or goodbyes. she was then the hottest girl in campus, so unsurprisingly the campus grapevine was abuzz with stories. some near foolish to some plausible ones. but oh lord. the stories.

she could barely speak. if facebook pictures were to be believed, the once hot girl (let's call her susie) was no longer so. i didn't lose much time, and looked her up. and indeed. we had aged better.

and thus began a series of calls. my friend suggested we add her on facebook. i was reluctant. neither of us were friends with her; seven hellos, 'this tastes like cardboard' exchanges during mealtimes in her month long stay, don't exactly make you friends. at best she was a distant memory. less than ten minutes later i sent her a friend request.

it's been over a week since the embarrassing add friend episode, we aren't friends yet.

however my friend and i have found our mojo back.

true friendship is sitting together for hours and gossiping about acquaintances and strangers and feeling like it was the best conversation you've ever had.
Posted by ritika at Tuesday, January 20, 2015 No comments:

WHEN A GUY DOES NOT WALK INTO A BAR

In an episode of big bang theory, Raj comes to Sheldon asking for a hug, because he says he is feeling blue, not depressed blue but more like a lonely blue. But that can’t be it; blue is already taken, Sheldon reminds him; so the two decide on orange, and Sheldon goes on, ‘you look positively orange with loneliness’.

I have spent much of 2014 living in a state of perpetual medium-low-level-terror. A sort of fear that would refuse to go or shift even. Waiting for things to go wrong. And then when they did, I’d be dreading the worse.

By the way, how absurd is Facebook’s new feature - ‘it’s been a great year thanks for being a part of it’, which I believe is very popular. Unfathomable.
It would be flippant to say that 2014 was the worst year of my life. I dare not say that. Let’s just say it was terribly hard.

And I do get those… look at the glass half full, count your blessings, it’s the darkest before dawn, etcetera. I fought to find some good amid so much bad. Which I did. And thus survived. As I save this final draft, there’s news about the Air Asia debris being discovered.

My glass is half full. Being healthy, being loved and knowing people I love and care for are healthy and happy, and getting to watch walter white and jesse after a somewhat fulfilling day at work, make it more than half full I think. Touché.
2015 will have to be about living, about being easy and fun and about making things possible. Just surviving won’t cut it.

Huffington Post says, life is meant to be abundant and limitless, we create scarcity of hope and ambition by believing in it. Life is supposed to be easy and overflowing with good moments. If life is a constant struggle, you're running on empty and you dread Mondays, it's time to take an honest look at your life -- in a loving way.
Trite. But right. Because it’s the new year’s eve, let’s go with it, shall we?

Three of my several plans/resolutions for the new year – mind my own business and have as much fun as I possibly can. Every. Single. Day.
Set weekly goals.
And people pleasing efforts be damned. Thank you.

Two O One Five, I am ready whenever you are.
Posted by ritika at Wednesday, December 31, 2014 2 comments:

I suppose we'd better discuss this. Relationship 101 or not.

So, the man and I celebrated ten years together [of having first met each other and deciding on being together]. And a ten-year anniversary calls for an epic something, and that’s what we attempted to do in a not so original way, by flying off to the beachside, reminiscing times good and bad over things Russian, Brazilian and a year’s supply of omega3 fatty acids. Five lovely days. I also, unbeknownst to the man, spent plenty time thinking about us [BUT OF COURSE], about happier and sadder couples [BECAUSE THAT’S WHAT YOU DO ON AN ANNIVERSARY, NON?], about things that could have turned out differently; I was taking stock, with many, many notes-to-self, which I will now blog and record it for posterity. This is my 9th edit. So here goes my RELATIONSHIP 101 or not.
Nothing prepares you for this. Not Rachel McAdams. Not Shonda Rhimes.
Leap of faith. Whole lot of it.
Niceness is important and sometimes the lack there of. [Don’t ask]
Not taking the business of couple-dom seriously. [Yes seriously]
Being generous, being giving, etcetera. If not, tweak, tweak and tweak.
Being 100 per cent honest and expecting 100 per cent honesty. Else, end-of-story right? And if it ain’t the end, make it the greatest beginning. One. Last. Beginning.
Indifference. Know when to be indifferent. [A game changer]
I will mind my own business. Repeat after me. I will mind my own business.
Love was born in a bright and shiny Hallmark store.
And ‘loving, caring and sharing’ was birthed at Miss Universe Inc.
You are the center of your universe. Quite like he is in his.
Yet you and him are a team. This is whole team business is incredibly hard, but totally worth it.
Everything is better with a little bit of air. So spending plenty time outdoors, together and solo.